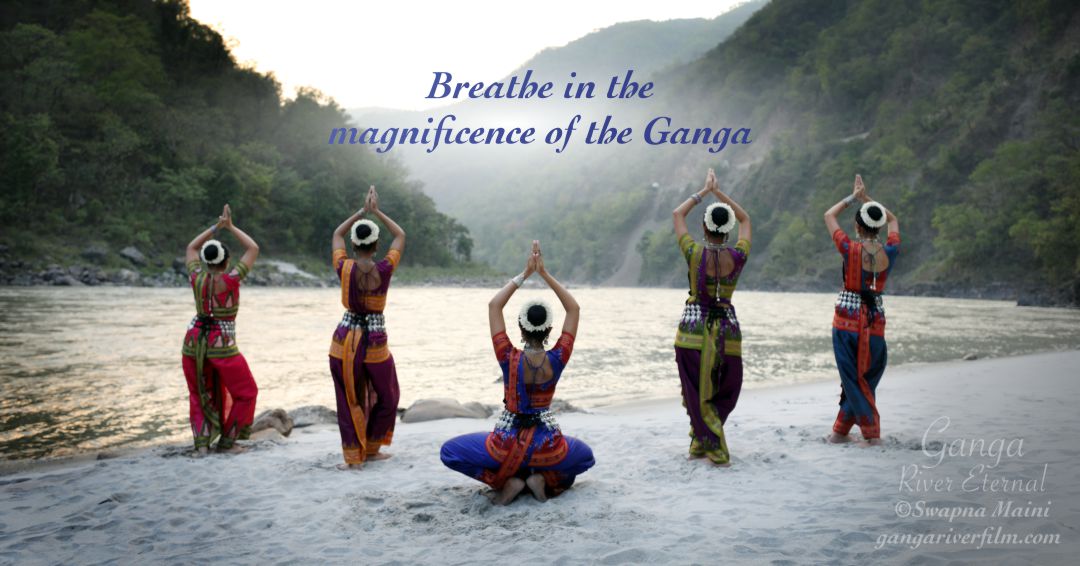 Ganga: River Eternal is a short musical art film that celebrates the sacred beauty of the magnificent River Ganga through the convergence of traditional Indian music and dance, shot in various locations along the course of the River Ganga.

From the Kumbh Mela at Prayag (the world’s largest gathering of human beings), to the Himalayan foothills in Shivpuri; from the ghats of the world’s oldest living city, Varanasi, to a secluded island in the middle of the Ganga, at Devprayag – the film captures the various moods of India’s most sacred river.

The vision of the creators of the film, was born from the awareness that for human beings to understand the significance of ‘protecting the river water’, it is imperative that we ‘love’ the river. What we do not love, we abuse. What we love, we revere and protect with our lives. Ganga, River Eternal, directed by Swapna Maini, is an artistic journey to evoke this love for the powerful element of water.

The soul-stirring original musical composition by Sai Ganesh Nagpal is a collage of Sanskrit verses in praise of water, and Hindi poetry (by Sai Ganesh Nagpal) capturing the movement and magnificence of the river. India’s ancient culture has always worshipped Rivers as Mothers who sustain life. Thus, the River Ganga is ‘Ma Ganga’ to most Indians, and the music of the film uses traditional chants that elevate the sacred river to the status of goddess, expressing gratitude for her benevolent nourishment.

Juxtaposed against the striking raw beauty of the River Ganga, is the fluid, graceful choreography by Saraswati Nagpal. The cast of six dancers in traditional Odissi and Kathak costumes brings to life the human wonder and reverence for the Ganga. The choreography features the dancers in the water, beside the river, on stony and sandy banks, and on the river in boats. The classical forms of dance eloquently convey the bond between river and humans.

When infused with love, worship of the River becomes action – action that demands sustainability and protects the purity of the river. It is not just us who need the river to survive, the river too, needs us to survive. Ganga, River Eternal hopes to spread the message that neither us nor the river can survive alone, that we and the river are inextricably linked.

May this bond of love grow stronger and ensure the purity of Earth’s water for the coming generations.